I received a huge response to my post about overcoming oral sensory issues by removing yeast and was asked write a how-to-do it post.

There is a link between autism and gut problems, food allergies, leaky gut; yeast and bacterial overgrowth, and parasites.

If you haven't drawn the parallels yet: picky eaters of a starchy white and/or crunchy diet who are also full of sensory issues are filled with yeast. The more you  feed the yeast, the more sensory problems you have. The longer you go, the worse it gets. The problem, at it's root, is not sensory or permanent. It is resolved by controlling yeast. Other indicators are: abdominal pain, diarrhea, constipation, undigested food in stool, meltdowns, behavioral problems, giddy laughter, turning upside down, adhd, ocd, seizures, and more.

Sounds like autism, but it is yeast and treatable and here's how:

1. Know your enemy.  It's not your child. Your child, as the host, is an innocent casualty. Yeast is your enemy. When your efforts to fight yeast start to work your child will become cranky, irritable, possibly even sick, and demand to be fed anything with sugar or yeast in it. Don't cave. Bolster yourself, because it will get worse before it gets better.

2. Start with the least intrusive intervention. Ashi is able to swallow capsules so I started her on Oregano and Goldenseal supplements. We started with a low dose, just one capsule of each and worked up to a bigger dose. I also gave her a probiotic. Keeping anti-fungals and probiotics at least 4 hours apart, I do anti-fungals during the day, probiotic at night. This didn't require much effort from her so she was agreeable. 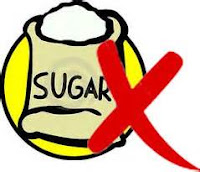 4. Define your 'motivator.' Is there is one particular 'go-to' food item your child has? Ashi's were Ian's Chicken Nuggets and a mix of nuts and raisins. I ditched the Ian's but kept the nut and raisin mix and strategically used them as a motivator with the full intention that I would ultimately and entirely remove them too when the time was right.

5. Define the boundaries of the motivator. I changed how Ashi ate nuts and raisins. They would no longer be consumed in portions large enough to be considered a meal. They would be eaten only as a small, snack; one cup total only after eating lunch or dinner of fresh meat and a vegetable, without complaining. Then I reduced the frequency - after dinner only. Then the amount, one cup, was reduced to half a cup. I further reduced frequency to a couple times a week. Today, I don't buy them.

TIP 1: Don't replace any 'go-to' with another yeast item. You're not trading one bad item for another, you're getting rid of them all.
TIP 2: If I may offer a suggestion for multiple problem foods: Deduce which 'go-to' food will be hardest to eliminate and use that as the motivator; get rid everything else. 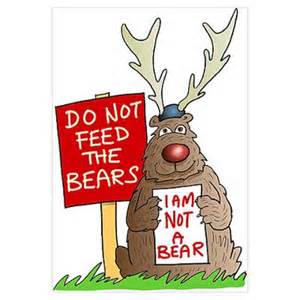 5. Be prepared for Die Off. Yeast releases toxins into the body when they die. The reactions you see are mental, emotional, and physical. It is called die off or Herxheimer reaction. You are going to see tantrums, meltdowns, crying, whining, and sensory issues. It's the yeast using your child to get what it wants. Don't back down. Do what you must to keep your child comfortable, but do not feed the yeast. This will last a few days to a week. But if you hold firm, as fast as it comes on, it goes away. Focus on seeing your sweet child without yeast. Re-read rule number 1.

The physical symptoms of yeast die off include flu-like symptoms: achy, running nose, fever. And you may also see skin rashes. Ashi was irritable while Izaiah had terrible flu symptoms and rashes so bad it scared me off. But, I researched more about yeast (Rule #1: Know Your Enemy) and knew I had to get back into battle.


How do you introduce foods to finicky eaters?

This will vary from home to home so to spark some ideas, I'm just going to write about what happened when I tried to remove Ian's processed chicken nuggets and replace them with fresh, organic nuggets.

Ashi wasn't having anything to do with the switch from processed nuggets to my homemade ones. I tried changing my recipe several times, but it was a colossal fail.

I tried hamburgers. I tried pork. I tried chicken and steak...ugh! You name it. Ian's outscored me.

So, I turned to veggies. She did like French Fries but Izaiah is allergic to potatoes, so fries were out. I tried rutabaga fries instead.

Since she liked roasted rutabagas, I convinced her to try roasted cauliflower. Again, score! Another win for me. I fixed her plate with mostly veggies and a few Ian's.

I purposed to use this victory as a way to gain ground I had previously lost in the beef department. I made meatballs. Cute, bite-size ones, with ground up rutabagas and cauliflower right inside. The rutabaga and the cauliflower were the big sell on this item. And, again, score for mom! Here's the recipe.

I had momentum now and planned on kicking Ian's to the curb if it killed me. Steak and pork chops were still a struggle even in very small cuts. She would argue and gag over it; pitching a fit at meal time. So, I decided that I needed to make them smaller.

That's when I invented Flavor Flakes. I took her serving of meat and ground it in my Ninja until it was a pile of tiny flakes of meat. I served them on her plate as 'flavor flakes' with the veggies she liked. They were so small they practically melted in her mouth. And guess what? Another score!!

So, for awhile I literally Ninja'd all her meats - beef, pork, chicken...buh bye Ian's. We haven't had a processed  nugget since.

I really milked the Flavor Flakes too.. I used them as seasoning on beets, zucchini, kale, bok choy, radishes, and pretty soon, I found myself able to feed her a complete salad as well as have a rotation of meats and veggies for each meal.

Then one day, Ashi told me she didn't need Flavor Flakes anymore; that it was fine to just do a meat, cut normally, with vegetables.

I won. Ashi won. Our family won. It's another huge challenge our daughter has won over autism.

Today, this is a regular conversation: "Ashi, does steak, parsnips, and salad sound good for dinner?" She replies, "Yes Mom. That sounds good." This is my child without yeast overgrowth. And yours too. No fits, no crying, no meltdowns, no gagging, no puking, no spitting out food, no more eating junk. If you think my child must not be as bad as yours, trust me, she was.

There are other benefits: Ashi can focus better in school. Anxiety is at a record low. Walking around on tippy toes and non-stop verbal stimming came to a screeching halt. Our son can now get his hair cut, nails trimmed, teeth brushed and flossed, ears examined, etc. Before those jobs were next to impossible.

Yeast not only feed off sugar, but also metals. If you have any history of mercury, aluminum, or other metals whether from nursing with amalgams or vaccines, you'll need to chelate. That's a different post, but researching Dr. Andy Cutler's protocol will put you in the right direction.


Tips and a Summary 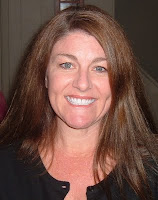 This is just an example of what happened at our house. Your experience will look so much different I am sure, but the end goal is the same. Our diets in America are just flat out horrible. We're so backward that we believe we are cooking from scratch when we are using bags and boxes and cans of processed goods. Some rules of thumb are 1.) If it's advertised, don't buy it. 2.) Stay on the perimeter of the grocery store. 3.) Focus on what you can have, not what you can't. 4.) Stick to a meat and a veggie. No grains or dairy.

Meal times have been horrible at our house for about 10 years. With 'sensory' issues and behaviors that drove us all crazy if we didn't just feed the beast. Our bio-med journey with our son has taught me that these things are treatable and possibly curable. I'm on recovery road with my kids and I want to take as many people with me as I can.

Posted by Annie Eskeldson at 7:52 PM 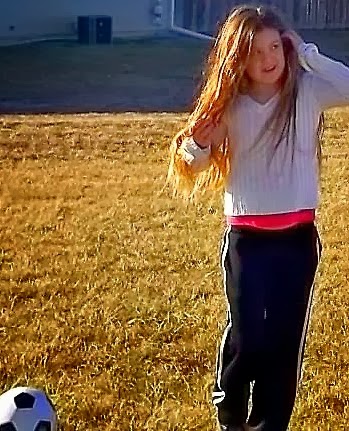 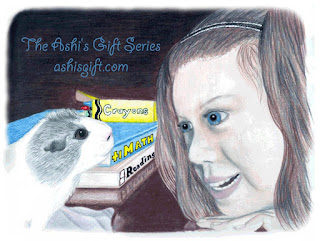 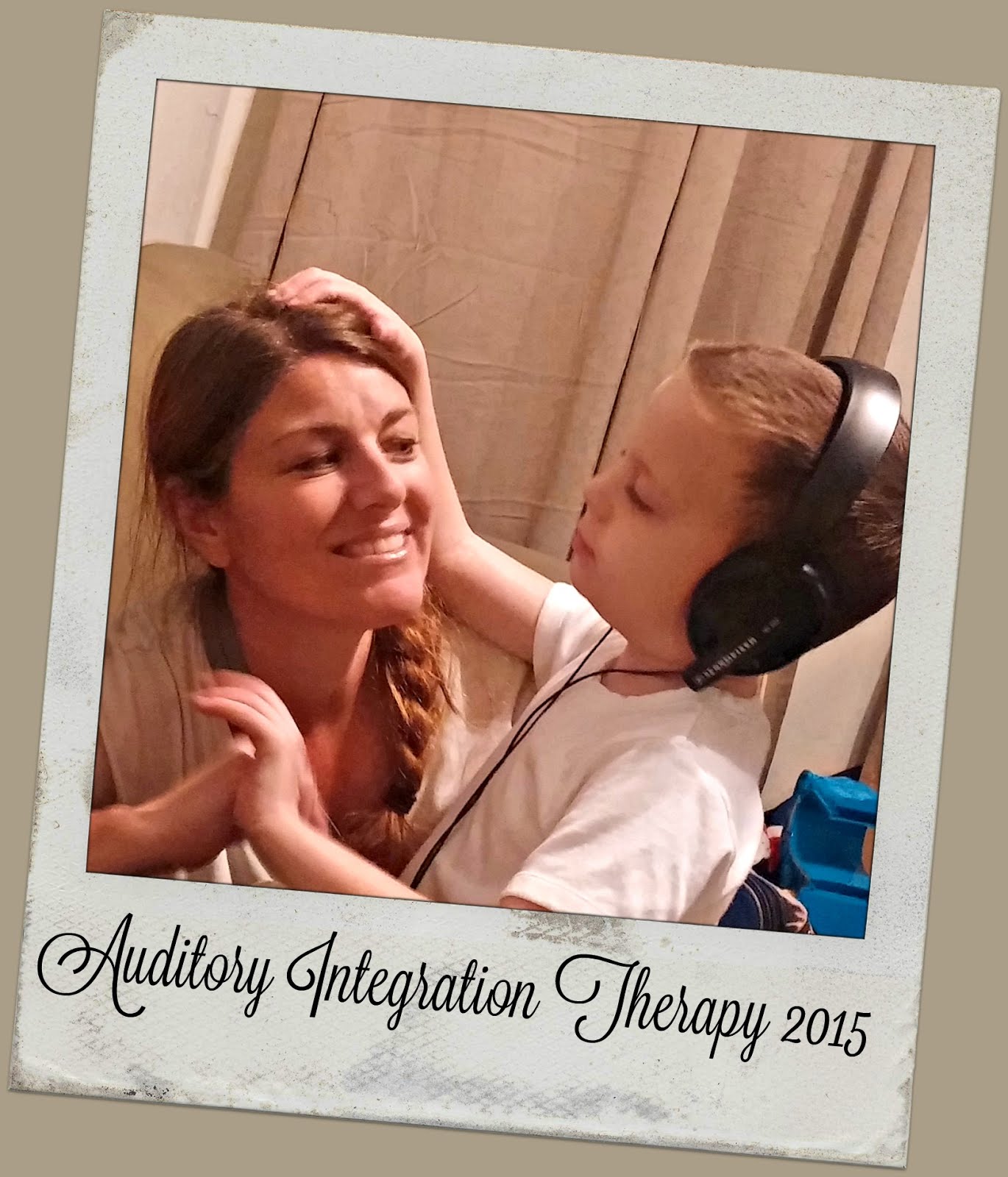 Annie Eskeldson
My husband and I have two children with autism. I have homeschooled and provided their therapy for over 13 years. In my blogs, I share how we overcome challenges using biomed, homeopathy, ACC, TCM, and therapy. Ashi's Gift blog is the culmination of moving our daughter from severely autistic to independent. It is about the gifts my husband and I have been to our daughter and more importantly, the amazing gift Ashi has been to us and those around her. Autism has never been the gift. It is from vaccine injury and more recently, PANDAS seems to be our core issue. Izaiah's Scroll is based on bio-med interventions to heal him from severe autism. I am not a doctor nor a therapist and cannot replace those professionals in your life. I am sharing information that has been useful for us. I also do free-lance writing or speaking. Contact me at anne.esk70@gmail.com